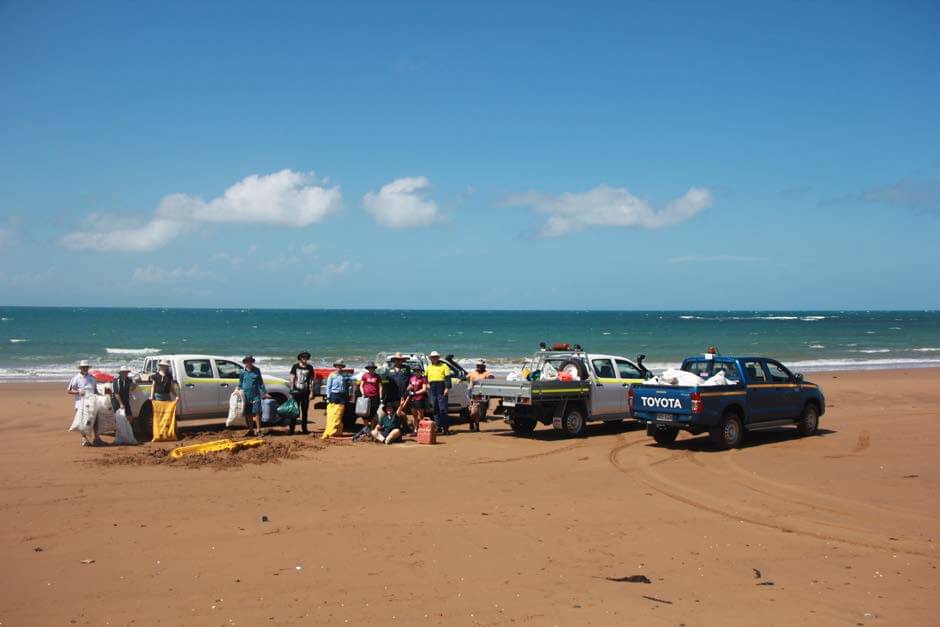 Gladstone Ports Corporation (GPC) employees stepped out from behind their desks and dozers earlier last week to participate in Clean Up Australia Day. Whilst the nationwide clean-up day is held on the first Sunday of the month, businesses were invited to clean up on the 28th February. Clean ups were held across GPC, including the […] Boyne Tannum HookUp tickets on sale now! Don’t miss your chance to get your hands on tickets to the 2017 Boyne Tannum HookUp. A great Christmas present, it could be a gift that results in an amazing boat. The tickets go on sale 1 December 2016 and will be well sort after, with an enormous […] 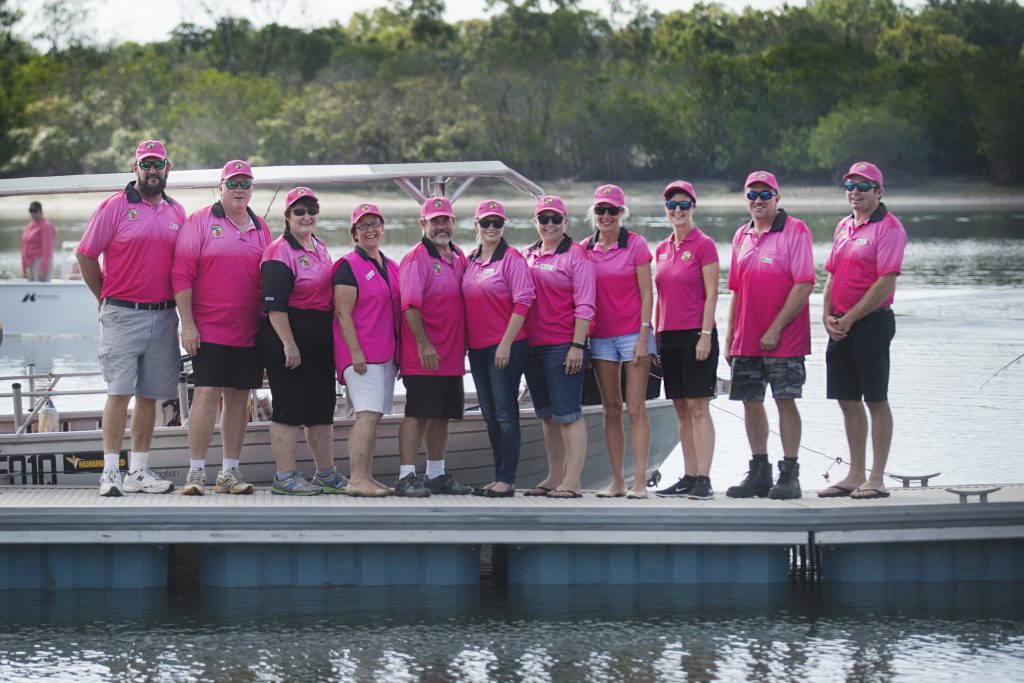 Expression of interest for not for profit community based groups

The Boyne Tannum HookUp Association Inc invites not for profit community-based groups to express their interest in operating stalls at next year’s event hosted in Bray Park from Friday 28th April until Sunday 30th April, 2017. 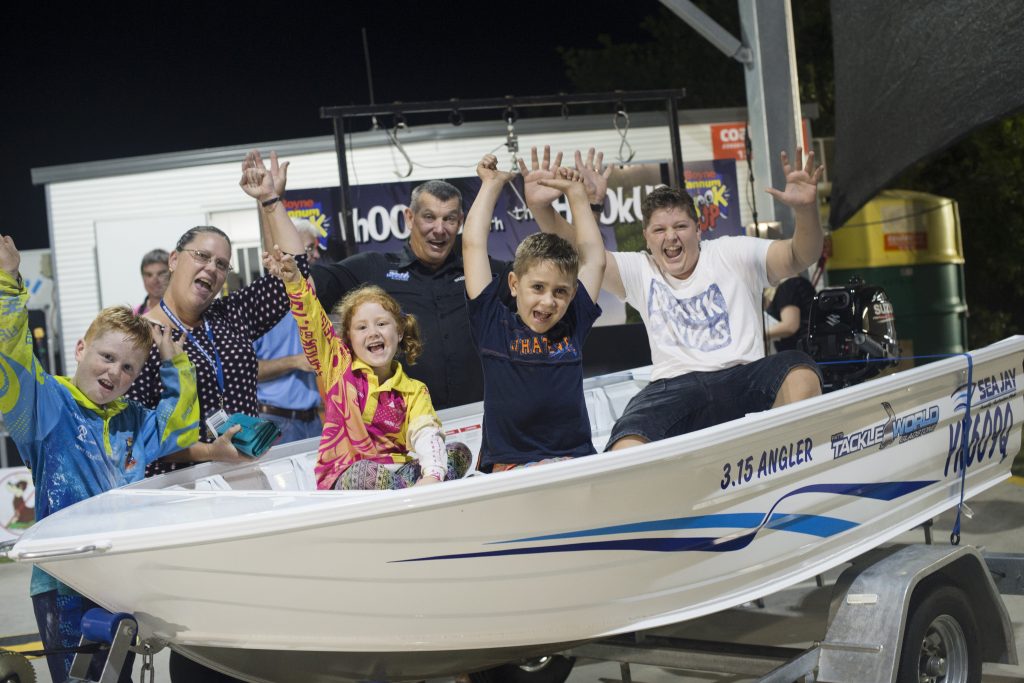 What the future of the Boyne Tannum HookUp looks like

THE longevity of the region’s biggest fishing competition, Boyne Tannum HookUp, is secured for another year. All committee roles were filled this week in contrast to last year, which saw the competition’s continuation in jeopardy as organisers desperately sought volunteers. At Tuesday night’s annual general meeting every committee position was filled easily. The committee, led […] 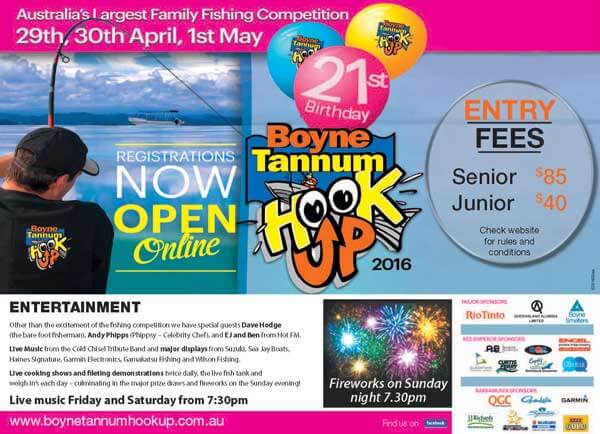 To celebrate the 21st Birthday of the Boyne Tannum Hookup we have some great competitions running in the lead up to the event. Starting with the Boyne Tannum HookUp Colouring-in Competition for school aged children from Prep to Grade 8. Be in the chance to Win a New IPAD! Thank you to our wonderful sponsor McDonalds Boyne Island […] 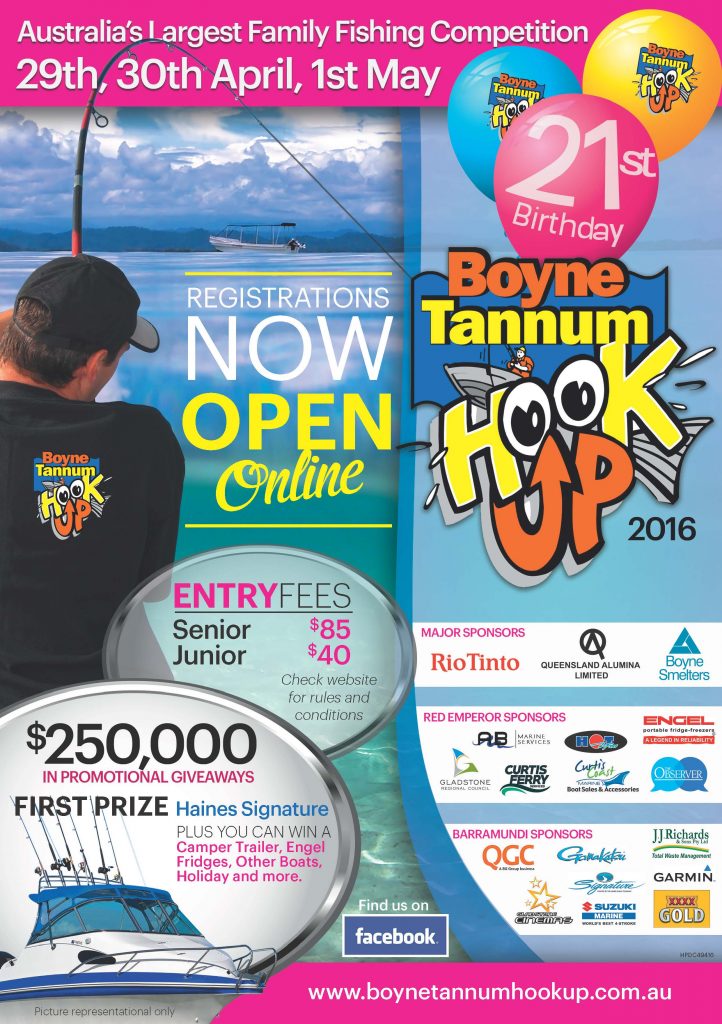 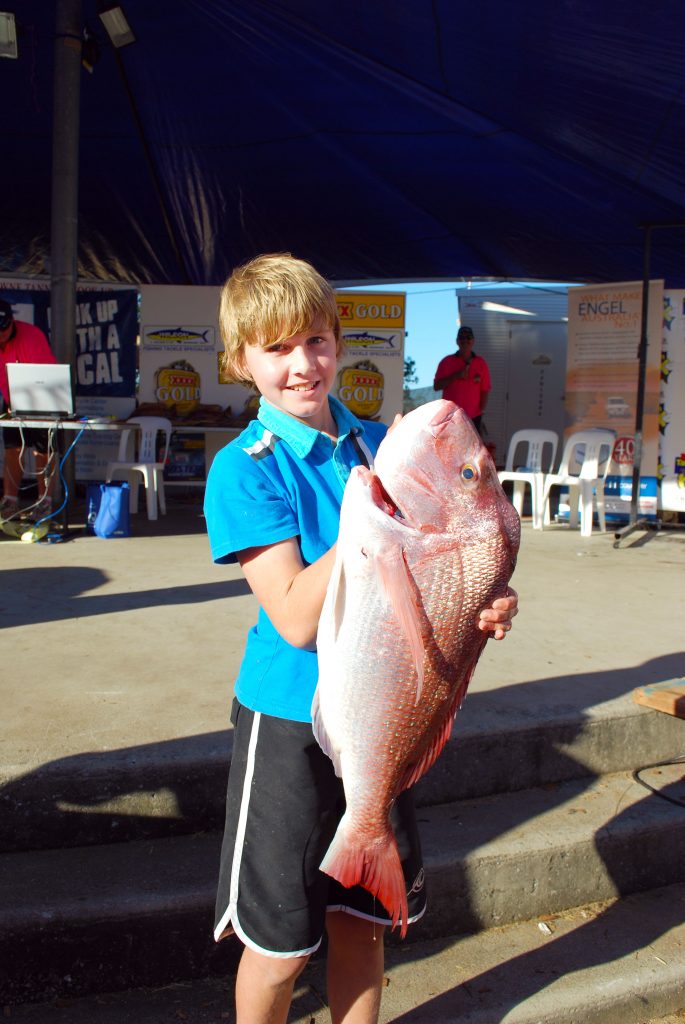 The Boyne Tannum HookUp Association is looking for a super-keen, young fisherperson to win the fishing trip of a lifetime. Thanks to Greg and Leonie Klease and Johnny Mitchell’s Fishing Charters, one lucky boy or girl will be heading off on a free guided fishing getaway. Boyne Tannum HookUp President Jennifer McGuire said the winner and their […]

The online store is temporarily closed and will reopen after the event. See you there! Dismiss